What is done is done

"What is done is done"
"COSA FATTA CAPO HA" the Italian saying is related to a fact happened in 1216 during a party among the aristocratic Florentine families. Buondelmonte Buondelmonti was a smart, beautiful, noble man: a jealous servant, certainly supported by other guests attacked him. During the scuffle Buondelmonte wounded Oddo Arrighi, the man who supported him during the fight. The feast finished but Buondelmonte had to pay for what he did.
So, the Arrighi family gathered inside the church of "S. Stefano al Ponte" next to Ponte Vecchio together with the members of the families they were allied with: Amidei, Lamberti, Uberti, Alberti.
They decided the punishment for Buondelmonte: he had to marry Oddo's nephew, a simple ugly girl; she wasn't aristocratic. This was a very cruel revenge! Buondelmonte accepted but the day of the wedding he abandoned her for another woman belonging to the Donati family. The new girlfriend paid a very high penalty because Buondelmonte had already signed the wedding contract with Oddo's nephew. The allied families gathered another time inside the old church of "Santa Maria Sopra Porta" to decide the new penalty. During the meeting Mosca Lamberti pronounced: "Cosa fatta capo ha", that means "what is done is done", Buondelmonte will pay with his life!
So, Mosca Lamberti killed Buondelmonte at his passage on Ponte Vecchio on Easter 1216.
Florentine aristocratic families divided into two parts after this private revenge: Alberti, Uberti, Lamberti claimed the help pf the Emperor Federico II to escape from the republican government and they became "ghibelline"; on the contrary Buondelmonti family and its supporters - Pazzi, Donati - were "guelphs". This killing was the beginning of the civil florentine war between the aristocratic families factions of the city: Guelphs against ghibellines.
Even Dante mentions Mosca Lamberti in the Hell: the man was the source of the quarrel. When he was alive he spreaded injustice and he separated families, now a devil breaks him into pieces with a sword!
The painting on the left represents the funeral of Buondelmonte. The procession passes on Ponte Vecchio where, according to the Medieval historian Giovanni Villani,
a statue of the god Mars was situated until 1333 when the terrible flood brought it away. 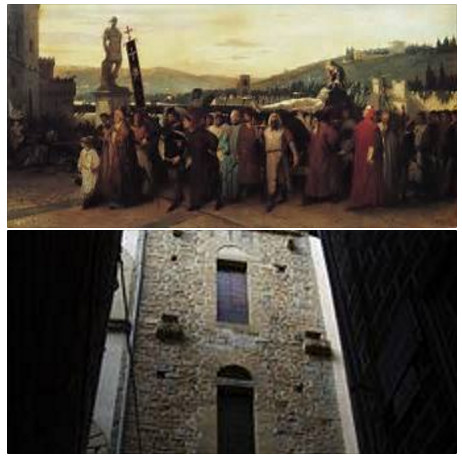 The old tower-house belonged to Buondelmonte and his family in Via delle Terme in Florence.
@Elisa Lusini 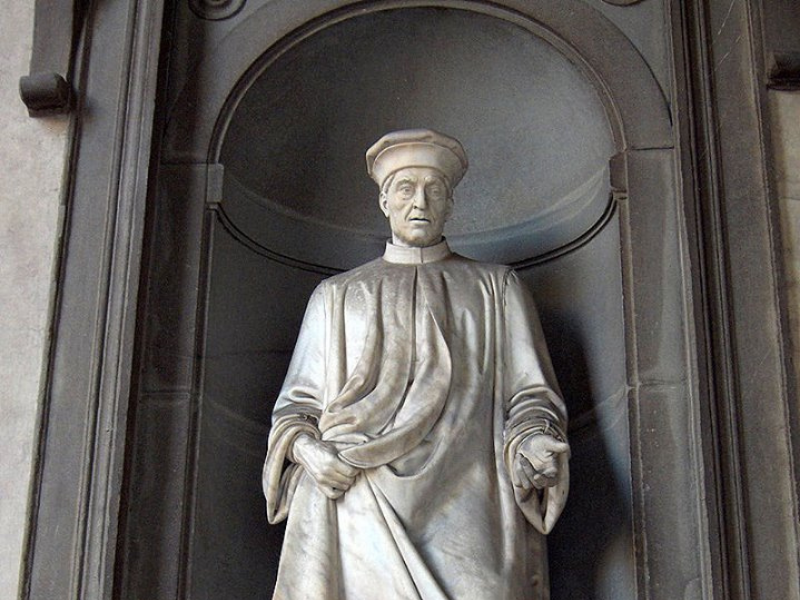 Florence and its illustrious Tuscan Men

These men are all watching the river Arno because they are defending Florence from the enemies! 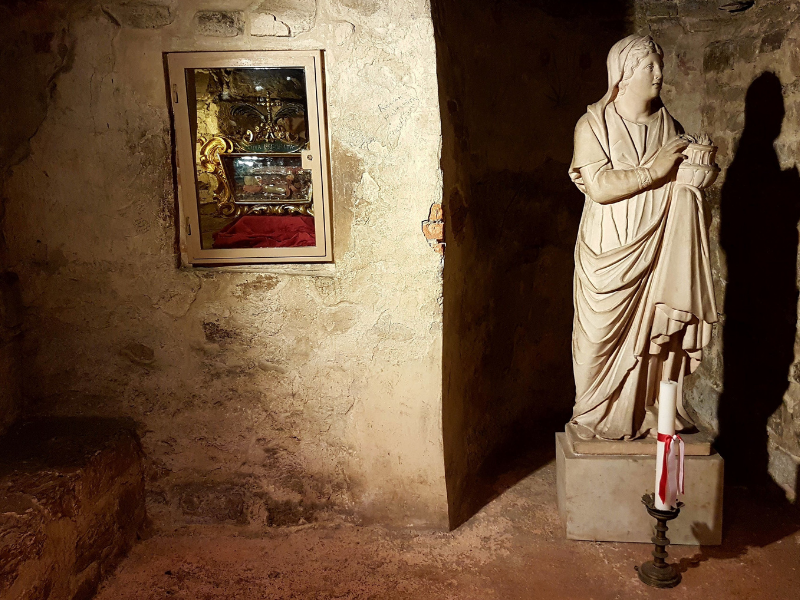 Santa Reparata and its precious remains

Santa reparata was destroyed only at the end of the XIV century when works for the edification of the new one were going on. 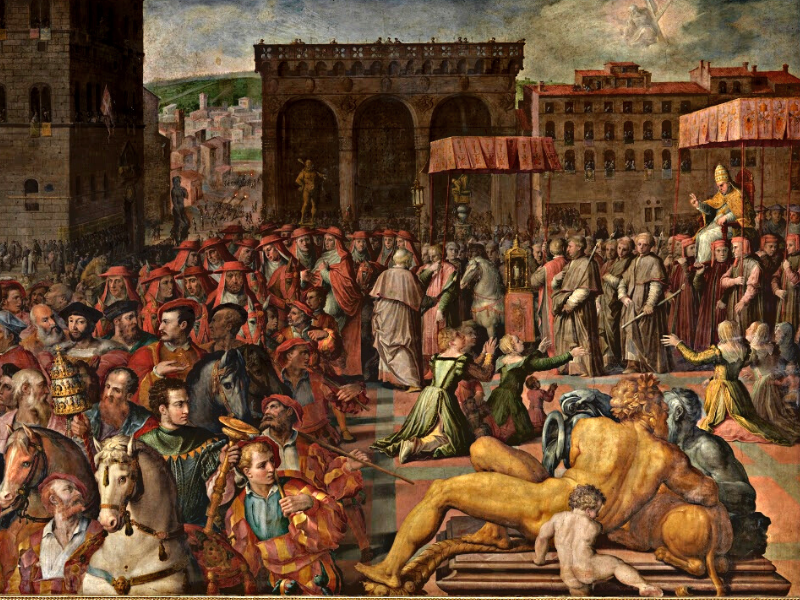 Giorgio Vasari and Giovanni Stradano painted the "Arrival of the Pope In Florence" between 1555-1562. 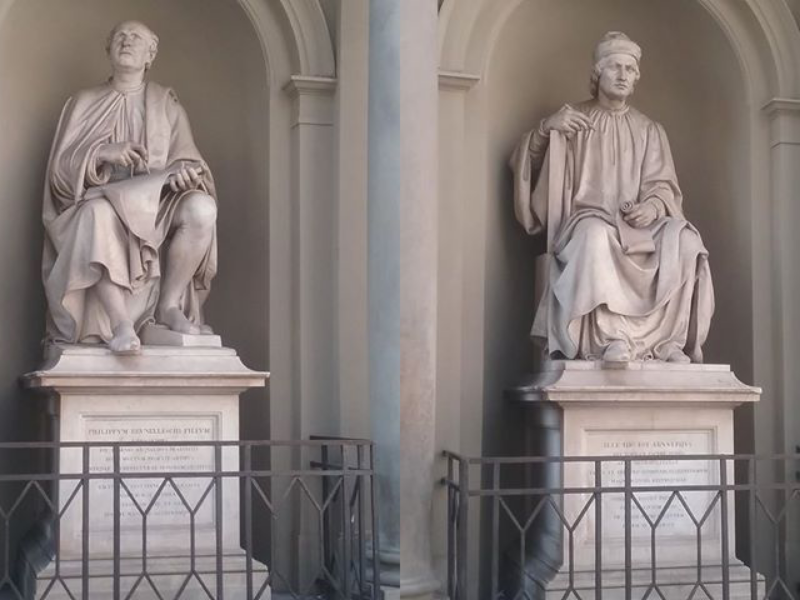 What are these two men observing in Piazza Duomo?

Even the genius Leonardo studied it and reproduced wooden models of the machines Brunelleschi employed to move the material he needed! 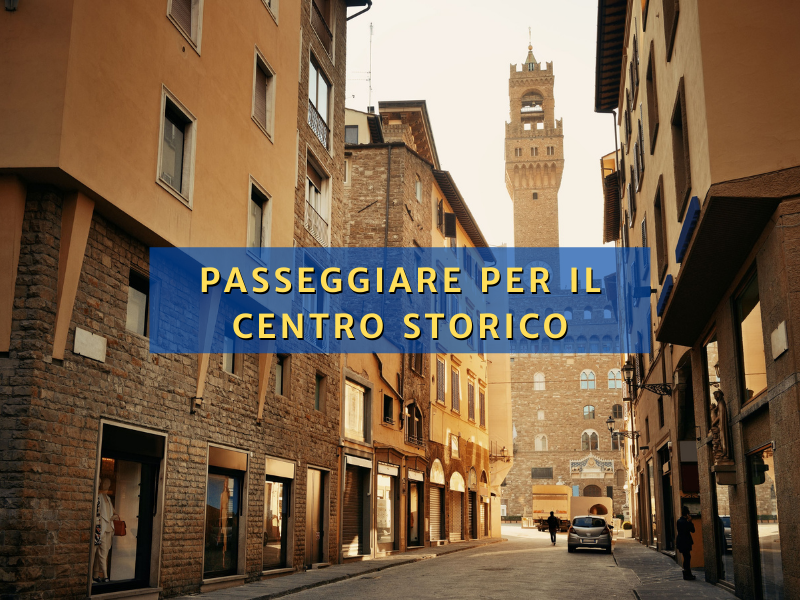 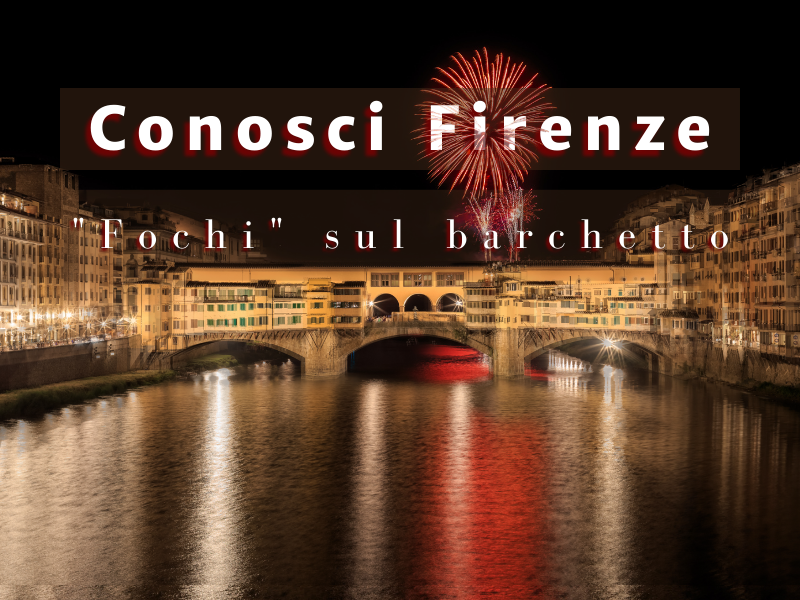 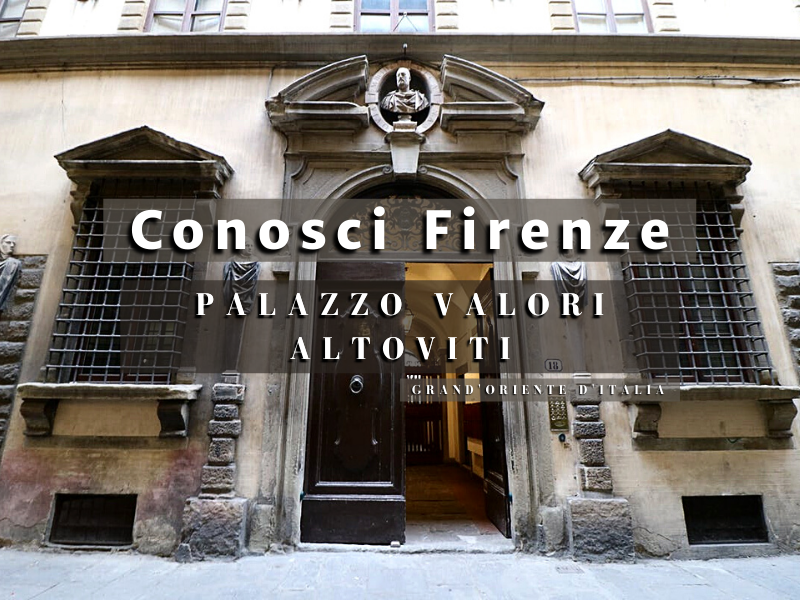